17 tips for finding an apartment in Paris (Part 1)

If finding an apartment in Paris was easy, "Gate to Paris" wouldn't exist. And you hadn't come across my article. In the following, I would like to present you with many helpful tips to make your search for an apartment in Paris a little easier - especially addressing all those who have to deal with house hunting in Paris for the first time.

"Looking for an apartment in Paris!"

For many seekers, being able to rent an apartment in Paris is comparable to winning the lottery. Even if you start out with low expectations, it usually takes a long time before you get the promise by a landlord. And that's not even talking about people who don't have the opportunity to be on-site, but have to move in just a few weeks!

Do you get nervous reading these lines because you feel "caught"? You don't have to be. Here we go with a variety of tips to help you find an apartment in Paris!

How to find an apartment in Paris

It is what it is: you have no acquaintances or relatives in Paris, you want to move soon, and you urgently need an apartment. You need to be on-site. So, as banal as it sounds: rent a temporary furnished room, keep your application folder updated and start searching consistently on the relevant sites every day.

Whether Seloger, Bienici, or Figaro Immo - there are many websites that publish new advertisements every day. It is advisable to set up search alerts via email and push messages via apps in parallel.

But beware of scammers! If you stumble across a 40m2 apartment in the Marais for € 800 incl. service charges, you should directly overlook this ad. Even on official search portals, there are countless apartment ads that are only there to lure people and trick them out of a lot of money with stories like "I'm not in Paris at the moment, but I'll reserve the apartment for a deposit!".

At this point I would also like to warn strongly against an advice that can be found sometimes on the Internet: Do not hand over money at a mere viewing appointment in order to reserve an apartment! You wouldn't be the first hopeful person to get ripped off.

Whether on LeBonCoin or Pap, this is where you will increasingly meet private landlords. It's also a good strategy to save on the estate agent's fee.

In addition, it is possible to meet a landlord who doesn't expect the usual "net salary must be three times the rent including charges" rule.

There are many groups created by expats on Facebook with thousands of members who help each other out and give lots of valuable tips on living in Paris and the Île-de-France region. You can also look for an apartment for rent in Paris here, which is not that rare.

5. Posting your personal ad in Paris

I really heard of people for whom this strategy has worked out and led to an apartment in their favourite corner: design a wanted notice in French, print it out and stick it on the nearest lampposts. It's useful for this tactic that you are already in Paris and just want to move from one apartment to another.

Normally, all of us like to solve problems on our own. But it's not uncommon that an unforeseen thing throws a spanner in the works. So before going through all the struggles to find an apartment in Paris alone, rely on professional assistance. There are many consultants in Paris - me included - who can help you with house hunting. 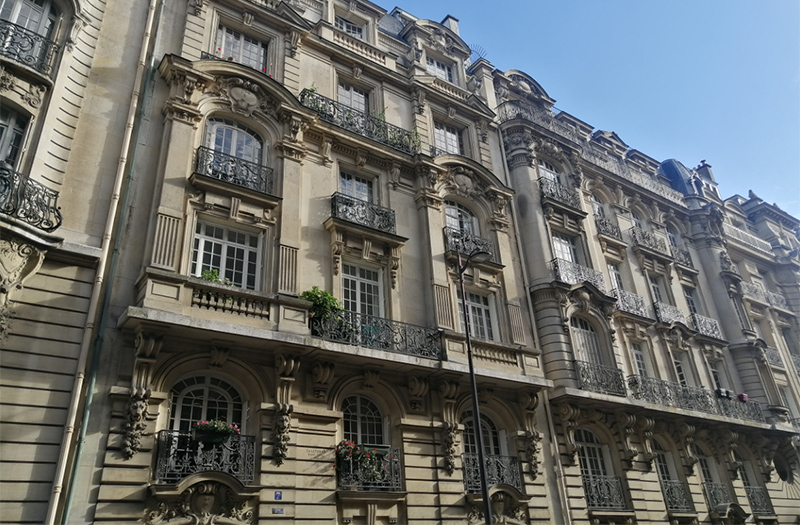 Beautiful old Parisian building - Would you like to move in here?

Of course, this service costs money - but so does a hotel room that is occupied for weeks until an apartment is found. Another advantage is that it goes faster with professional help. But the best thing is that your own nerves are not on edge, and everything can be delegated. Once you have started your new job, you have little time and often even less desire to start looking yourself after a long day at work. Not to mention the accessibility of agencies and landlords.

7. Paris is not everything

Many newcomers have an idea of Paris that usually can't keep up with reality. Even with a net income of €3,000, on average you can only rent an apartment up to € 1,000 - and that doesn't mean three rooms above the rooftops of the city! Rents in Paris are crazy and prices per square metre of €30 and more not uncommon.

Even if you would like to live in the "Rive Gauche" south of the Seine: Especially at the beginning, it's a good idea not to narrow your search too much. Take a look at what the other arrondissements have to offer, there are sometimes many surprises to find.

If you are flexible and don't mind the suburbs, you should look around the greater Paris area and the banlieue. There are also beautiful corners and more green spaces than in the city. The same is recommended for those who are financially limited and would have a much better chance of finding a suitable apartment outside the city. 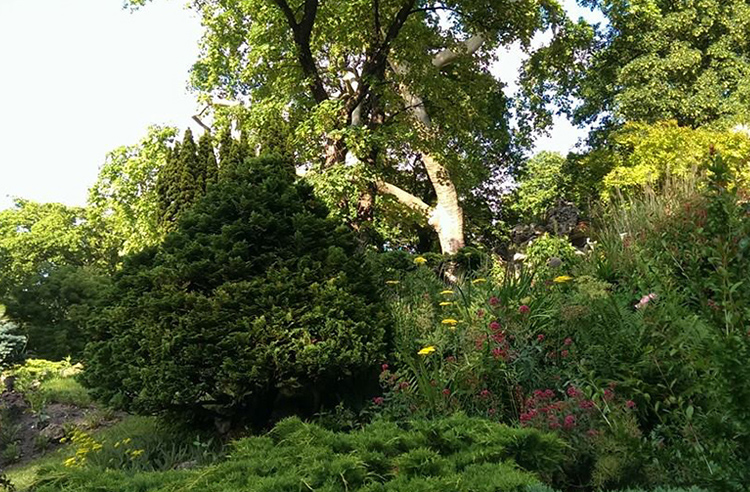 Paris is getting greener and greener, but unfortunately there is not a park everywhere

It happens that someone contacts me and likes to start looking for an apartment in Paris immediately. In this case it is not uncommon that the application folder,  the dossier, is not complete. That is no obstacle, I can help very well in that respect. But if you want to start the search yourself, complete everything before you make the first call!

The sooner you can then submit the documents so that you can be considered for a viewing appointment, the better. Meanwhile, in most of the cases, the dossier is checked in advance.

9. Starting early with your research

A tip that is as simple as it is efficient: plan enough time for the search. The sooner you start, the sooner you will find something.

I know from my own experience that a possible double rent is a burden. However, anyone who has ever had to find a new apartment in a big city under time pressure will know to take this tip to heart. So, if it is financially possible for you, start looking for an apartment in Paris sooner rather than later and accept the short-term extra financial burden.

More tips will follow in a  next article! The best preparation doesn't help if your head is buzzing with information

I am very happy to help you if you have specific requests!